A step in the right direction. But the name seems curiously limiting – since it will actually work on all Miracast-capable devices.

Turns out it’s not a stick, after all: Microsoft’s Nokia subsidiary officially unveiled its answer to Chromecast Thursday, and it looks a little like a small hockey puck. The device, called Microsoft Screen Sharing For Lumia Phones – HD-10 of all things, uses Miracast to share a phone’s screen, and actually works with any Miracast-capable device, counter to what that name suggests. News about the device first popped up online two weeks ago.

However, there’s a twist for Lumia phones: Microsoft’s screen sharing adapter also supports NFC, so you’ll only have to tap your phone against its screen sharing disc to launch into screen sharing mode. The adapter will go on sale later this month, and cost $79 in the U.S. as well as €79 in Europe. 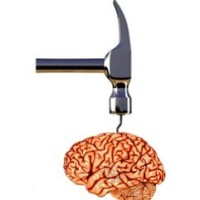 An intoxicating blend of technology, startups and movies with a sprinkling of dry wit.

The Next Web
Screen Rant

The Past and Present Future

Ken Hinckley's Ideas, Visions, and Opinions on the Research Frontiers of Human Technologies

Come for the stick figures. Stay for the Bergman.

Revenge of the Nerd: The Sequel

Stefan's Musings on a New Platform

A Blog of the Ridiculous and Sublime, by Mark Sackler

The Official How To Blog

The official site of how to-ing.